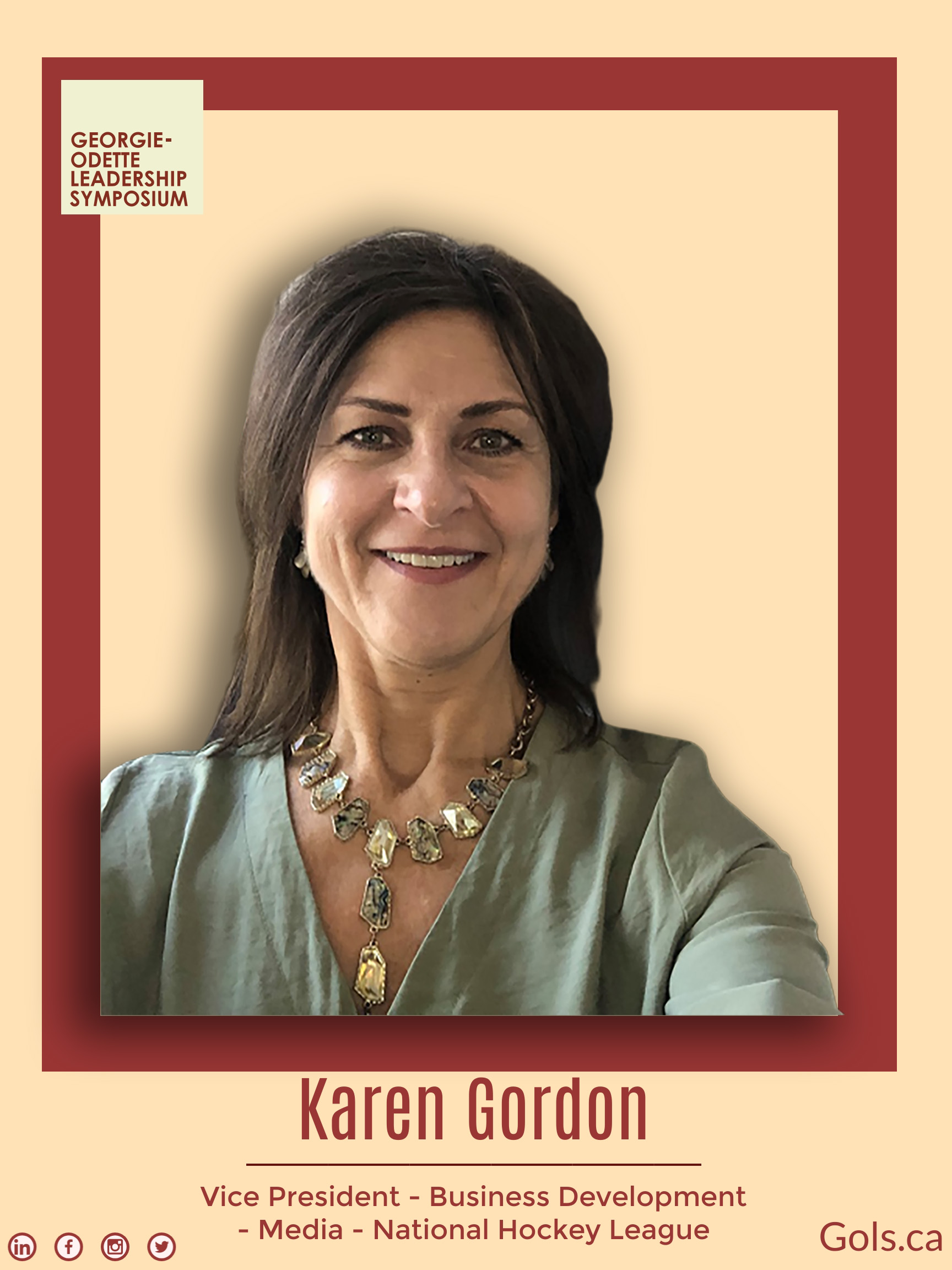 Karen Gordon is the National Hockey League’s (NHL) Vice President, Business Development, Media, and based in the NHL’s Toronto office.She is a senior sales executive and team leader with a 20+ years accomplished career in digital media. Gordon has strong leadership skills and is driven to facilitate a team contribution to corporate objectives.

Gordon joined the NHL in 2008 as Director, Digital Media and was the first employee in Canada to focus on Canadian digital media sales. Karen embraced three key pillars including selling media to net new advertisers, enforcing quality programs for existing League corporate partners and working with the NHL’s business development team to strategize digital media solutions within sponsorship pitches for prospects. Within the first pillar and over a few years she built out a team and grew the client base from zero to 100+ advertisers leveraging the NHL’s digital fan base. In 2012, Gordon recognized the opportunity to drive media sales outside of North America where she quickly established a partnership resulting in six figure annual revenue from international markets.

Gordon’s role at the League has evolved immensely over her NHL tenure primarily due to two significant partnerships – Rogers Media (2014 in Canada) and Disney Streaming Services (DSS 2015 in USA). Both partnerships resulted in a shift away from direct sales to managing the relationships with Rogers and DSS to ensure they maintain the NHL’s leadership proposition amongst partners and the media marketplace.

Karen has recently shifted her focus back to global digital media strategy and monetization for the League and recognizes an opportunity todrive incremental revenue through monetizing the NHL’s audience across owned and operated digital platforms in the international marketplace.

With more than 20 years of experience in the Digital Media space, Karen has established a track record of building and growing digital media sales divisions within a variety of companies.

Prior to joining the NHL, Gordon held digital media roles at Sympatico, Alliance Atlantis, and Transcontinental. In each case, Karen has been on the forefront of digital media and recognized as a pioneer with growing digital media divisions starting with selling the first ad in 1997 on Sympatico; to establishing a marketplace for video ads in 2001 with The Lofters on U8TV at Alliance Atlantis; to building an integrated platform called BalanceTV on Canadianliving.com in partnership with Johnson & Johnson, Canadian Living magazine and CTV.

Over the years, Karen has kept up with developments in the digital industry through involvement with various organizations, such as the Ad Club, the IAB Publishers Council and as an attendee of the Corus New Media Accelerator Program. Karen has taken on extracurricular roles to feed her passion for fashion and film through volunteering for Fashion Cares as well as sitting on the Advisor Board of the Hot Docs Ted Rogers Cinema and Chairing the Board of POV Magazine.

Gordon is fluent in French and received her MBA from York University’s Schulich School of Business.